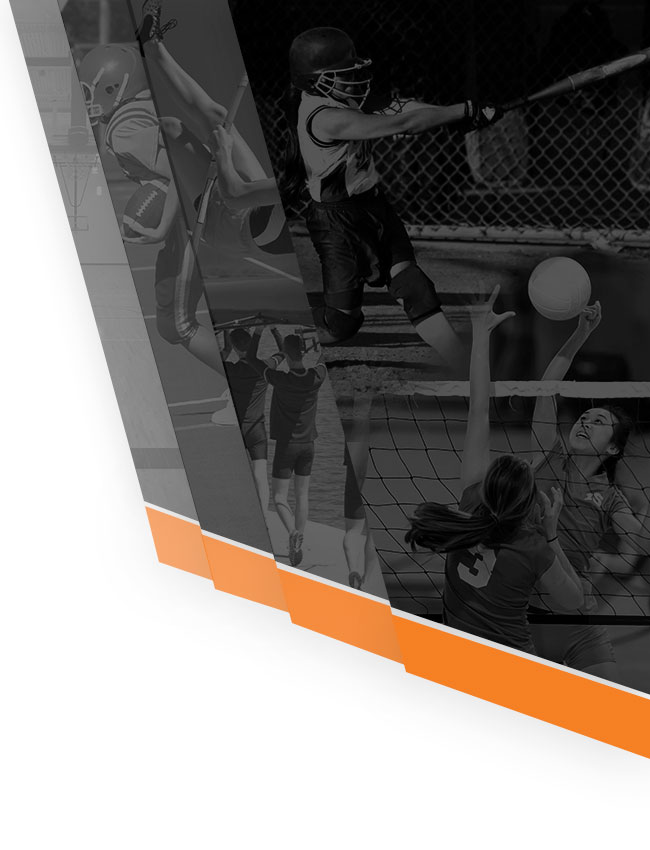 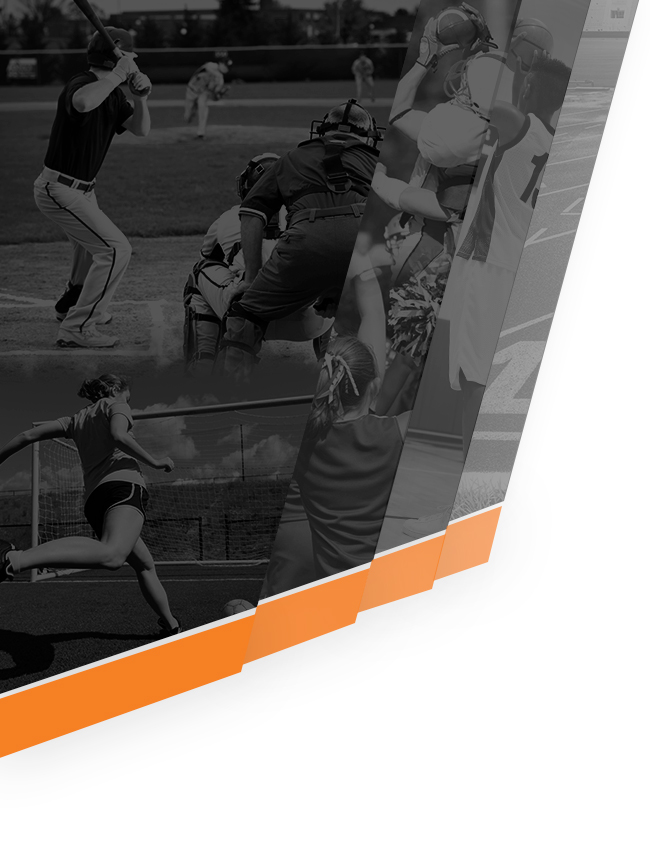 (A Tribute to an Outstanding Senior Class)

The “Men of the Burnt Orange” opened the 2017 campaign ranked 5th in the state in class 3A.  After the 2016 season the Mavericks were on watch as one of the best teams in the classification.  Mead traveled to Lewis Palmer and put up over 500 yards of rushing.  Highlights included a break-out game for senior Derek Edwards who rushed for 203 yards.  Senior Tyler Keys added a TD pass and Nathan Mackey rushed for over 150 yards. Bryson Tillema intercepted a pass as the Mavericks sealed their first win of 2017.

On a warm September evening the “Men of the Burnt Orange” welcomed the Vista Peak Bison to the new and improved Maverick field.  For the second week in a row Mead’s offense rolled over 400 yards of total offense.  Tyler Keys rushed for 150 yards and threw 2 TD passes to Dom Esters and Nathan Mackey.  The Mavericks scored 52 points totalling the 2nd most in Mead history.  The defense swarmed the Bison as Bryson Tillema and Ryan Lavanchy each picked off the All-State QB for the Bison.  The crowd all gathered to sing the fight song as the Mavericks were 2 – 0 on the young season.

On a hot September night the “Men of the Burnt Orange” hosted homecoming for 2017.  The Mavericks wore their signature black jerseys and proceeded to pummel the Eagles.  Nathan Mackey rushed for over 100 yards and scored 3 TD’s on the night.    Tyler Keys added 88 yards of passing and 1 TD to Dom Esters.  The defense stuffed the Eagles for the first shutout of the season.  As the “Men of the Burnt Orange” celebrated homecoming night there was an air of confidence, and the Mavericks were now 3 – 0.

The “Men of the Burnt Orange” traveled to Everley Montgomery field to face cross town rival Longmont for the second time ever.  A record setting crowd gathered to watch the number two ranked  Mavericks collide with the number four ranked Trojans.  Tyler Keys paced the Maverick offense with 124 yards rushing on the night and 1 huge TD pass to Dom Esters.  Evan Hansen had a signature game for the Maverick defense as he scooped and scored a fumble from 50 yards out for the first TD of the game.  For the second year in a row the Mavericks stunned the Trojans, this time on their own field.  The wild “white out” Maverick crowd stormed the field after the game and celebrated with the Mavericks.  Mead sang joyously on the bus during the short ride home as they climbed to 4 – 0 on the season.

Perhaps the biggest test of the season came in week 5 as the Mavericks had to travel to Ft. Morgan to play a tough Mustangs squad with a long history of success.  Three 100 yard senior rushers; Derek Edwards, Nathan Mackey, and Tyler Keys  stepped up for the Mavericks as the offense exploded with 51 points.  A pair of sophomore defensive backs, Nick Jacobs and Jake Wachter, intercepted passes for the Maverick defense as Mead proceeded to pound the Mustangs and leave no doubt that they were now the number 1 ranked team in Class 3A.

The “Men of the Burnt Orange”  hosted Roosevelt to open league play in the rugged Tri-Valley conference.  In the first five weeks of the season the Tri-Valley league had quickly developed a reputation as the best in the state, posting a 27-3 overall record in non-conference play.    The Mavericks responded with their best overall team effort of 2017.  Derek Edwards hit Dom Esters for a 65 yard rocket pass on the 3rd play of the game and the Mavericks never looked back.  The defense was outstanding only giving up 6 points on the night.  Evan Hansen totalled 15 tackles and Hunter Payne intercepted the Roughriders QB sealing the game for the Mavericks.  The wild home crowd rushed the field and celebrated with the Mavericks as the squad climbed to 6 -0 on the season.

The “Men of the Burnt Orange” faced the Warriors in a West vs. East  I-25 clash.  Mead stormed the field ready to play a tough Frederick squad.  Derek Edwards and Nathan Mackey rushed for over 100 yards as Mead took control of the game.  Dom Esters caught a highlight TD as he toe tapped the back of the endzone for a score.  The defense stopped the powerful Warrior offense as Evan Hansen totalled 17 tackles and J.J Encinas recovered a fumble to seal the win.  Mead stayed unbeaten on the year and improved to 2 – 0 in league play.

The Holy Family Tigers presented yet another top 10 matchup for the determined Mavericks.  Mead’s offense rolled the Tigers with over 600 yards of total offense.  The final total yardage for the offense was 649, the highest ever recorded by a Mead team.  Tyler Keys rushed the ball for 271, the most ever by a Mead QB.  The defense stuffed the Tigers for the second shutout of the season.  Senior Greyson Young’s interception was the signature play of the night for the defense.  The win left the Mavericks as the only unbeaten team in the Tri-Valley with two games to play.

On a brisk chilly October evening the Mavericks traveled to the 3rd ranked Tigers in search of cementing a playoff spot and the first Tri-Valley League title for the program.   Behind a ruckus crowd of fans the Mavericks battled to a 28 – 28 tie late in the 4th quarter.   The blocking of Tristen Lee, Preston Hall, and others proved to be too much as senior Nathan Mackey rushed for over 180 yards and dashed over the right side for a 35 yard TD to secure the win.  Taylor Kamigaki’s kickoff bounced off an Erie Tiger and Easton Willyard jumped on the ball as the Mavericks celebrated wildly their first ever Tri-Valley League title.   The huge crowd swarmed the Maverick’s at the end of the game, and the win all but locked up the number 1 seed in the class 3A playoffs.

The “Men of the Burnt Orange” looked poised to finish the season with a perfect record as they took on Berthoud with the Long’s Peak Trophy up for grabs.   Mead’s offense shredded the Berthoud defense with 636 yards of rushing.  Tyler Keys 164, Derek Edwards 130, and Nathan Mackey with 240 yards of rushing marked the highest rushing total in Mead history.  The defense rose to the occasion as Trace Lindemann intercepted a pass late in the 3rd quarter to seal the victory.  Mead finished off the first perfect season in school history, and as the night came to an end, a playoff berth as the number 1 seed in class 3A was about to become a reality.

For the first time ever the Mavericks hosted a first round playoff game as the number 1 seed in the 3A playoffs.  Harrison High School traveled to Mead Maverick field on Veterans Day 2017.  The Mavericks blasted the Harrison Panthers for over 400 yards rushing.  Nathan Mackey led the Mavericks with over 270 all purpose yards, highlighted by a 48 yard TD on a wheel pass out of the backfield.  The defense rose to the occasion and created 5 turnovers on the day.  Ryan Lavanchy picked off the talented Harrison QB and thrilled the crowd with a 56 yard return for a score.  The Mavericks swarmed the field with their sights set on their next big challenge.

The home playoff game vs crosstown rival Longmont produced the largest crowd in Maverick history.   The “Men of the Burnt Orange” were determined to outplay the Trojans for the second time in the 2017 season.  The two teams traded scores early and often with the Mavericks down at halftime 15-13.  Tyler Keys was unstoppable for the Mavericks with 170 yards of rushing and a TD.   The Maverick defense played tough with an INT by Ryan Lavanchy.  However, the Trojans drove the ball and scored with 16 seconds to go in the game, sealing the fate of the disappointed Maverick crowd.  The win was not to be for the class of 2017, but it did not diminish the successes of the winningest class in Mead Football history.